I got beaten up in a park, Balloch Park!

This day has been long in coming, though not long enough for me to actually get off my arse and get fit again.  With a new little addition to the fan club, I have found my Mojo for riding my bike being lost.  Also trying to find the time to ride my bikes has been limited.

Battle Of Balloch Castle will be a good starting point to see what needs to be done to get me fit enough just to finish this season’s races. Not worrying about placings just yet, maybe look at that for the Super Quaich Series later on in the year. 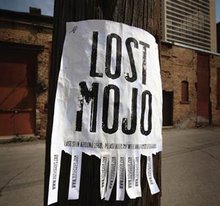 I bottled it and have signed up for the “B” race (the first skirmish).  I raced this event last year and finished 10th, a repeat of this would be awesome but highly unlikely.  My number is pinned and chip strapped to my ankle, have a few warm up laps then we are all called to the start line.

My nerves have been growing since I left the house, I drive the 20 minutes to the course and they keep building, they are eased slightly as I chat to a few familiar faces on the start line.

We are on our marks and set for the word Go.  Jammy the PA announcer shouts Go over the mic and we are off.  Ed Vickers is directly in front of me and gets a great start. This, in turn, leaves a small gap and the rider to my left goes for it.  In doing so his wheel takes a rub on my front wheel sending me to eat some grass!

I fear that my race is over!  My handlebars are squint, along with my gear shifter.  Get on with straightening them out with a bit of force. Everything else looks good, so back on the bike and I am dead last. I have to stop 100 metres down the track and get my bars lined up again.  At this point, I feel I have taken a big knock on my left leg.  With a dead leg its back on the bike and try and play catch up with the field of riders ahead of me.

About halfway through I manage to get to the back markers and feel a bit more relaxed and now to take one lap at a time.

I am riding well and actually enjoying the course, well apart from the new addition to the course.  Glasgow United Cycling Club was good enough to add a nice little hill climb just after the finish line. It seemed to suck the energy out of your legs, a case of head down and grind it out. Staying up and on the bike going around the tree is the best way to go after the hill climb. Then get on the drops and shoot down the hill, sucking in some needed oxygen. 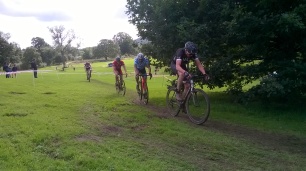 Last year I had problems on the gravel paths around the wall garden area, but this year I deflated the tyre’s a little and this was probably my fastest part of the course along with the rocky hill climb, which came just after the gravel paths.

Then came the Bastards Of Balloch, I don’t know if this had been extended this year? As it felt like the switchbacks went on for a while.  I don’t think I will ever be good at this slalom type obstacle.  I creep around the bends, losing loads of time and distance to the riders ahead.

Gather speed and belt down the small grassy paths, these became ever more swampy with the amount of riders and the heavy rain the night before. Leave the mud and shoot along the sandy paths bringing you out into the main square.  Hop, skip and jump the trio of barriers. Don’t crush my nuts on the remount, then it’s round  the last corner, head for the line with one eye on the looming hill climb.

That was my first lap done, turns out six more to go before I shall revive the checkered flag.  Though to be honest once I saw Mark Young stick out the 5 to go, board, I did have to fight with my inner wimpy self, it was telling me to chuck it!

One more fall on the bike and a lot more mud being consumed in the last few laps, I was glad to see the lead rider (Ed Vickers) come past me.  This meant I was on my last lap and only the trio of hurdles in my way to achieving my goal of the first finish of the Cyclocross season.

End of the Battle

In the end, it was great to get back out on the Cross bike and actually push me to my limit at times.  My lap times weren’t the best and I know I have much more to give during a race but with the bad start and being dead last to finishing 34th out of 66 riders I will take that.

Big thanks to Stevie Couper and Glasgow United for hosting this Cross race on the Bonnie Banks.

Up next is Bute CX Race.