Round 1 of the Scottish Cyclocross Series. 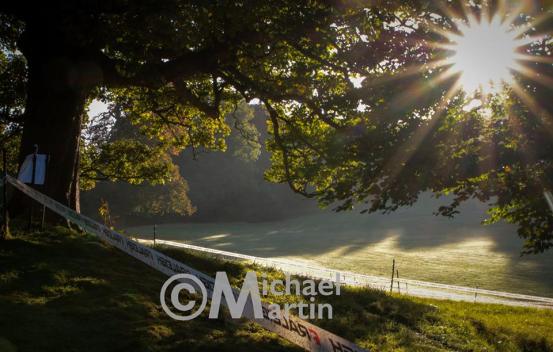 The gangs assemble at another park in Scotland, readying themselves for terrible battles that lie ahead. Cuts, bruises and dramatic falls are to come in the next few months of an ever growing gang population. 600 people assemble today to battle it out to be crowned the first winner of their fight, taking the bragging rights to the next park.

As I make my way to the sign on tent, register myself and represent my team in this first pitch battle, I see a lot of gangs have congregated under their banners, staking out their little patch of turf as their stronghold for the day.

Walkers are next to RCCK who are eyeing up Leslie Bikers Boutique. Pedal Power seems to be jammed in between the two. On the fringes, Ayr Burners are looking thin on numbers with people switching alliances on the day. Albannach always seem to multiply in numbers at every park, HTCC  swarm about looking for an opportunity to make their colours noticed. After this, you have the unattached fighters, eyeing up the influential groups deciding who’s colours they might wear for the rest of the battles to come.

I head back to the car and get my fighting gear ready and tooled up with all I need to survive in an all out battle for an hour. Then it is down to the battlefield and to the line drawn in the dirt. The big hitters are all at the front of the bunch, whilst we wannabes are content for spots at the back of the pack. The nerves begin to build, eyeball the surrounding people looking for any weakness, find none!  Rules are being laid out, some people ignore them as they are too focused on the mayhem that is about to come down on them, get ready for the call for action. 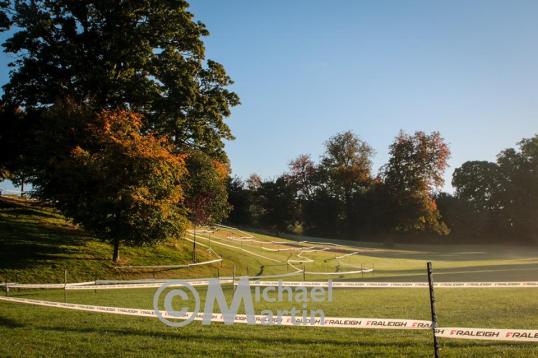 30 seconds and we will be let loose! I get my foot clipped in, other is firmly planted, ready to drive off. Eyes focused on the person in front of me, body weight leaning forward and ready for the charge ahead.

BANG! We are off! I drive off with my foot and keep my eyes on the guy in front, whilst scanning my periphery for the dangers coming at me from both sides. I see a space and move left into a bit of clean air and now I have control of my battle. Get onto the grass on the outside taking some places and look ahead for the next bend. Manage to get into a decent gap which allows for me to take the racing line around the bend. Still in the middle of the crowd by the time we ride the gravel path taking me past the timing van. Next to tackle is the Big Tree Bend. Keep left on this as looked the smoothest way up, it also gave to a good line around the roots at the top. 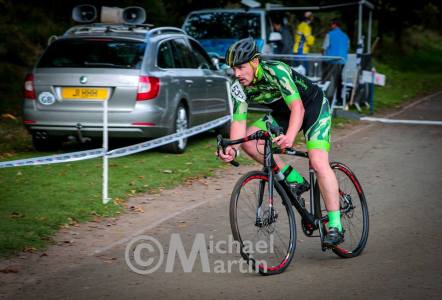 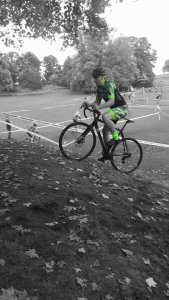 Descend the hill and now it is time to hustle up along to the stairs, good little drag from the Big Tree Bend to the stairs.  Grippy grass enabling you to get the speed up, seem to be gaining and closing gaps with each stroke of the pedals. Dismount the bike, run up the steps, then with a flying leap I remount back on to the bike, taking a couple of spaces as I go.

A few more ridable areas taking you up to a short sharp incline, apply the power and you were up and over, taking you under the canopy of some large trees. Then came the great downhill speed section, miss the kerbs at the bottom of the hill and you are then zipping up to the hard part of the course. Long grassy uphill section that was slightly slippery due to the morning dew and the other 500 riders being on the course before us.

A dashing decent through the little wood section taking you down to a big swooping lefthander, pinging you out at the foot of another climb sucking all the speed out of your legs. Next part was so much better than 2015.  Organisers had still kept the switchbacks but this year they were lengthened, making them much more rideable but still keeping a degree of technicality about them. 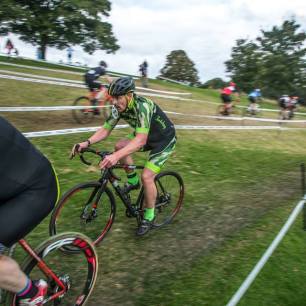 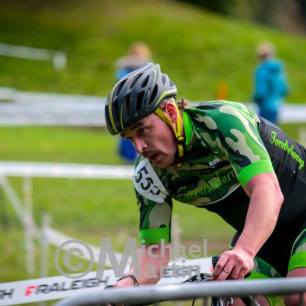 Come off the bends and you are past the pits, heading past the main crowd arena. There was an amazing amount of support today, as the dry conditions made this race more pleasable to watch. Two more bends and then it was the drag up the grass take an 180-degree turn and shoot back down the gravel and take a lap.

All was going well, kept moving up the field and felt good. Then disaster, I hit the kerb on the downhill section.  My rear tyre was a little underinflated before the race so with the bang it pinches and now inner is punctured. Gutter!

Race over? No way! I came to Falkirk for a fight, and fight I shall do! Off and running to the pits (jogging)(very slowly) I came with a pit bike. My new single speed cross bike would be getting its maiden voyage. I had to run roughly half a lap and survive. I took an age to get to the pits, I was burst! Big thanks to Harry McGarvie for taking care of my bike while it got to the end of the pits and mounted my second bike of the day.

OMG! How hard did the remainder of the race become? With the gears, you can slightly get a rest on some parts of this course. With the SS it was a battle all the was around. But battle I did, I was super happy with my next lap as I managed to ride the whole course, well except the steps. I wasn’t in this fight for a position now, it was just survival mode, trying to make it to the end of the hours racing. When I received the bell indicating that I was on my last lap the goal now was to ride the whole course and not have to run any hills. 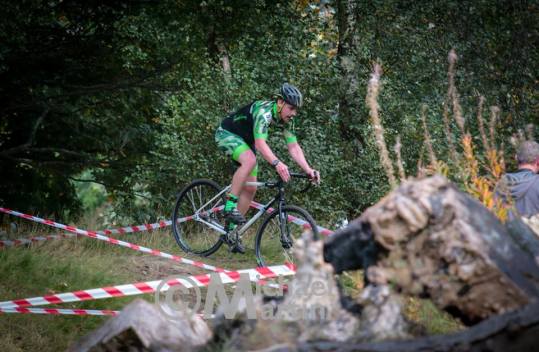 When that last drag up the hill to the switchbacks conquered I knew I had achieved my goal. Try and pick up the pace want to get this over with but also try to take a lap back from some riders that passed me. Hit the last 180-degree turn and with the line in sight I pick it up again and take the flag. I take 84th place, rather disappointing.

Job done! Seems like I have to do things the hard way the past few races. So I am grateful I managed to get a good hours worth of training in and also knowing I can race a single speed if need be.

A huge effort has been put in with Davie Lines and Franco Porco to create a great course in a great park for a great cyclocross community. 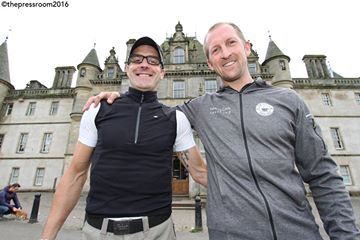 Thanks, guys and also to all the helper’s marshalls and to all that stayed to cheer on the racers.

Next up for me is Halloween Dressup time at HalloX. 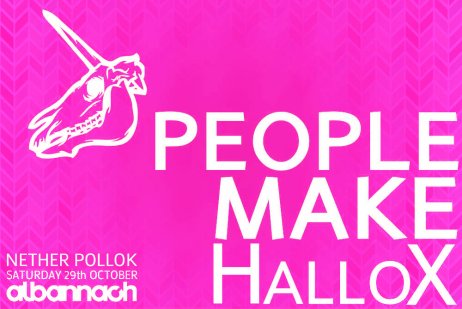 Thanks to the photography skills and images in this post from Michael Martin, The Pressoom and Anthony Robson.