Super Quaich, The Third Round.

Albannach and the Unicorn tamer Jim Cameron are the hosts of the last Super Quaich party.

Roulenglen Park isn’t my best course, but I always look forward to it as my Mum and Dad come and join the ranks of the Two Wheel Army support crew. (also help with Victoria getting the kids out from the trees) This year’s race is a bit later on in the race calendar so no snow this year but there is still a nip in the air.

Clare is racing in the B race today, the crew and I turn up just as the race has begun. Kevin Pugh and Craig Lewis Hamilton are at the font of the race as they come through the trees and into the main support bowl. RGCX has an excellent location for spectating, 95% of the course is watchable from the sign on the tent. (this year the burger van is on hand to feed the faces of all the spectators) 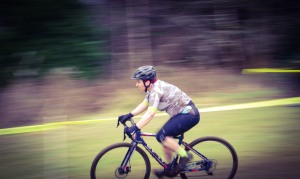 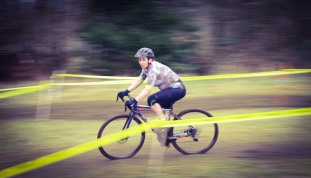 Clare is slogging through lap after lap for the hour’s race. A head full of determination of not getting a DNF on her last Cyclocross race of the season. Her grit and fighting spirit gets her around the course and rolls over the finish line celebrating that she is the last rider home. Well, news for you CC, you didn’t come last, and you beat the course. That’s always the right way to end the race season.

My turn to race approaches, I say my goodbyes, and I am wished good luck as I ride down to the start shoot. I find myself late to the party, squeeze past the bunch and nestle in the right on top of a sand pit. Great, more sand! I thought I had seen enough at Irvine. Chat away to Owen Philipson, then four by four we get moved out the sand and up behind the 20 gridded riders. While chatting away we don’t hear the briefing, and before we know it, the front has burst apart, and the race is on. It takes a moment to hear the Hoot Hoot Hoot of the starting horns, but they are going off, now It’s my turn to race.

Sprint up the slog of the tarmac hill, suck in lungfuls of oxygen at the top. Navigate the muddy lines and other racers in this condensed area. Come through the trees and out to the open grass, take a quick left and ride along the treeline and then a right turn has you coming back on yourself. The bike soon dips down, taking in the fastest part of the course, a quick descent heading past the spectator bowl for the first time. Drive up the incline with the rear wheel slipping and sliding all the way and turn right and into the woods. A narrow path keeps us all close and fighting for space. Thanks to those pesky B racers they have churned up the grass and made it sticky and slippy slog. I slowly grind my way through the first section, and as I get into the next HTCC old guard Julian passes by, he forces me off track with a close pass, and I’m leaving patches of skin from my leg in the thick bramble bushes.

I like riding the last section of the woods, I always seem to ride this part quite fast, and I gain some place as we exit the woods and ride past the pits. My tyres roll over the timing line for the first time as we race down and around to the first run-up. It’s a short, sharp climb. My feet skid and slide as I run the mud/grassy incline. Dig my feet in a little deeper, and I get to the top of the hill, again taking a few places as I remount the bike and the TWA crew shout me on.

Run the next half of a hill as some riders go past still in the saddle, (why is it called a saddle when its attached to a seat post?) then ride along to the hurdles. Were still bunched up as we turn and dismount for the double magenta barriers. A lot of riders remount and ride along to the new downhill section. Me on the other hand, I keep running until I reach the brow of the hill, back on the bike and freewheel to the bottom of the hill. Some tremendous sweeping switchbacks line you up for the second longer grassy climb. I usually have to dismount and run this hill, but do you know what, I’m going to give it a bash and try to ride this sucker! And I do! I struggle to the top by some zig-zag riding and seeking out grip, also lots of sheer stubbornness helps at this point. The growing crowd also helps with tones of encouragement to all riders tackling the hill.

Back in the saddle (seat) and ride through the mud soup, that takes you into the trees once again. This links you back up with the tarmac start shoot, I have to walk/run the last of the bog as by peddling I don’t seem to be getting anywhere fast. Get to the tarmac and back to riding a bike race in a bike race. It’s being to string out and riding the top wood section I can pick a decent line with some free space ahead. I am gaining on a small group just a few seconds out in front. Deep down I know I won’t be able to hold on to the group as this course isn’t my fastest to get around. 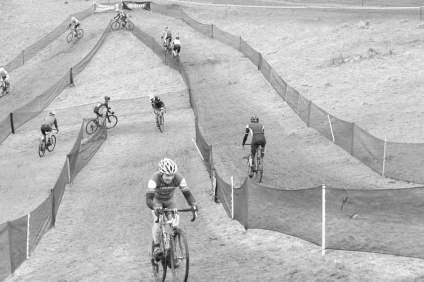 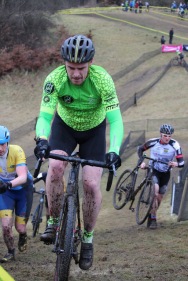 Eventually lap after lap I run out of gas, I hear two laps to go as I come round to the timing van. (great commentary by @mikefixerpayne) Which probably means one and a half for me as I’m sure David Duggan will catch me again. I manage to ride the big hill a few more times but slowing every time I complete it. The last two times I manage 3/4 of the way up. I don’t have any lying down in the mud today, always a good race when that happens but I do regret wearing gloves and arm warmers.

Man got too hot! Halfway around I have stop and strip my arm warmers down to my wrists to cool down. Then at the spectator’s bowl, I pull up to remove my gloves and warmers altogether. I hate being too hot! It distracts me, I think about it too much instead of concentrating on racing. Also, I get a bit nauseous if I am too hot. I lose a tone of time to the riders in front of me by pissing about, but at least I feel some much-needed fresh air.

David does catch me again, just as we entered the woods behind the pits. I now know my race will soon be over as David is riding along to get the checkered flag and the win. I have someone in my sights, a Johnston Wheeler is slowing, this spurs my legs on and the speed is up as we come through the last section of woods. At the end of the woods and entry into the pit area, he slips and goes down. I dig in and pass him on the inside. Kept the power going, ride around the bend and into the last corner. A quick glance over my shoulder and I see I have some space on riders at my back, let the bike glide over the line in 64th spot and to complete RGCX and my Cyclocross season.

Huge thanks to all the Unicorn helpers and event organisers, RGCX is always special.

Thanks again to Michael Martin again some incredible pictures and also to Graeme Cross for some classic black and white images. 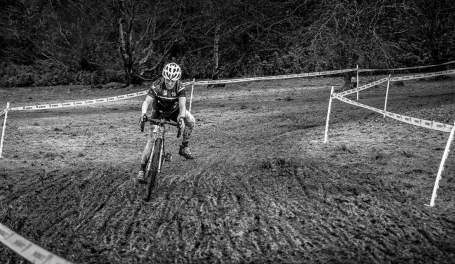 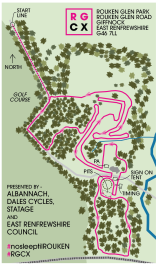 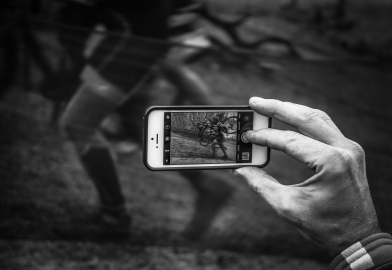 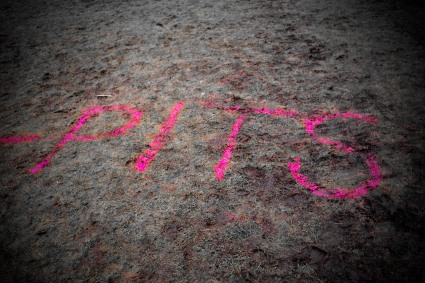